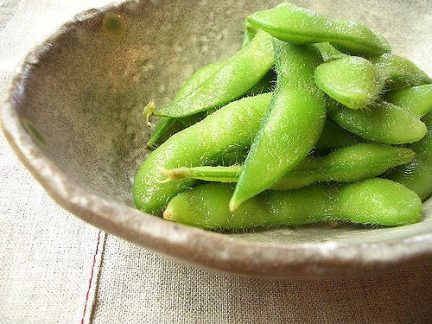 Soy is one of the “Big 8” allergens in the US, while also being widely used in the food industry, in particular as texturizer, emulsifier and protein filler.

Many non-food products, including personal care products, pet food, adhesives and lubricants can also contain Soy. For instance, Soy lecithin can be present in pharmaceuticals and cosmetics. Soy is also common ingredient in infant formulas. With such widespread use, avoiding soy – whether directly or from risk of cross contamination – takes planning and dedication. This is as true for quality control professionals maintaining soy-free lines as it is for people who are themselves allergic to soy protein.

Considering how ubiquitous soy is as an ingredient, and the many techniques for processing and use, special care must be taken when labeling. The FDA makes the following recommendations:

What is the root cause of a soy allergy?

Allergy to soy is caused by storage proteins in the seeds. Two storage proteins have been identified as key allergens: vicilin and legumin. Storage proteins are generally stable heat-resistant proteins. Since high heat leaves these allergens largely intact, most forms of processing won’t render it non-allergenic: you can’t steam, boil, or burn away the part of soy that causes the reaction.

Typically, allergic reactions first appear in infants and children under 3, and most of them outgrow the allergy by age 10. To date, no major studies have been conducted on the prevalence of Soy Allergy.

Unlike other food allergies, cross-reactivity is rare for Soy. Most individuals that are Soy allergic are tolerant of peanut as well as peas. This doesn’t mean that nobody has cross reactive issues; it still pays to be cautious. As a side note, there is some evidence that suggests the there is a link between Soy allergy and Hay Fever associated with Birch Pollen.

What are some foods where Soy can be an ingredient?

Soy and soy products can appear in many ingredients. An ingredient supplier should be able to include allergen information on its packaging. Following is a list of foods that may have soy used as an ingredient.

Soy can sneak into an ingredient under a different name! Watch for these aliases:

A soy allergy will rarely cause anaphylaxis, a potentially life-threatening reaction that impairs breathing, causes a sudden drop in blood pressure and can send the body into shock. General symptoms from an allergic reaction to Soy include;

AlerTox Sticks Soy senses the presence of trypsin inhibitor from soybeans (STI) with a sensitivity of 100 ng / g (0.1 ppm). This inhibitor is denatured only in presence of high temperatures. There is no process to remove 100% of STI, although UHT processes significantly reduce the amounts of STI, making it undetectable to the kit.