In August of 2013, the FDA issued their final rule defining the term “gluten-free” for use in labeling foods. In their ruling, they announced a planned additional ruling addressing fermented or hydrolyzed products. Now, 7 years later, that additional rule has come out. While it does not change anything about the way most companies produce their gluten-free foods, it’s important for everyone to be familiar with the new expectations for manufacturing gluten-free fermented, distilled, and/or hydrolyzed foods. 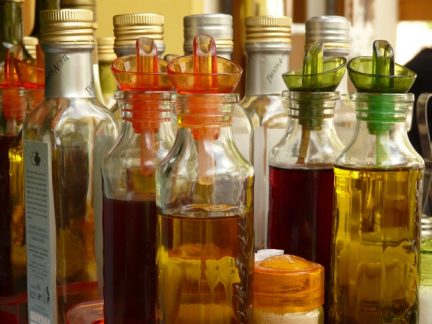 Why are fermentation, hydrolyzation, and distillation challenges for gluten testing?
Fermenting and hydrolyzing foods impacts the shape and integrity of the foods’ proteins. Because most gluten tests rely on antibodies that look for specific ‘shapes’ of protein, these changes can make detecting allergenic / gluten-containing proteins nearly impossible. Testing items like barley-inclusive ‘gluten-reduced’ beers or traditional soy sauce is difficult and false negatives are very common.

In theory it’s possible that fermentation and hydrolyzation can break the gluten proteins into such tiny fragments that they do not trigger a celiac response. In practice it’s hard to prove this has happened. This means there could be foods that test negative for gluten but still trigger immune responses in people with celiac. Distillation is different. The distillation process doesn’t change the shape of protein, it removes the protein (and that since gluten is protein, it would remove gluten). The FDA’s concerns around gluten in distilled products circle around accidental cross-contact or post-distillation additions.

So what do the new rules say about gluten-free fermented foods?

But aren’t there gluten tests for this kind of thing?
While the FDA acknowledges that testing has advanced quite a bit since 2013, testing for fermented and hydrolyzed items is still not ideal. The current gold standard, Competitive ELISAs, can detect smaller fragments of gluten than Sandwich ELISAs. However, it’s hard to reliably convert the test results into a known amount of intact gluten or to predict how those test results, if ingested, might impact a person on a gluten-free diet. The FDA writes that while these “may eventually overcome the detection problems’ of other test methods…the lack of appropriate calibration standards or suitable reference materials make accurate quantification of gluten content difficult.” For now, the safer move is to make sure foods are safe at an earlier stage when testing is more reliable.

What else did the FDA say about gluten-free fermented and hydrolyzed foods? You can read the full ruling here, but for a few key points from the text:

We would expect manufacturers of fermented or hydrolyzed foods that bear the “gluten-free” claim, as part of their routine operations, to test their food or ingredients with the sufficient frequency to ensure that the gluten level in the food or in each ingredient is below 20 ppm before fermentation or hydrolysis.

However, in the comments the FDA clarifies:

As requested by a comment, we are clarifying that the final rule does not require testing of ingredients. The final rule requires manufacturers to adequately evaluate their processing for any potential for gluten cross-contact.

Furthermore, details regarding the recordkeeping burden related to testing:

To demonstrate that a food is “gluten-free” before fermentation or hydrolysis, we expect that most manufacturers would test their incoming ingredients or obtain Certificates of Analysis from their ingredient suppliers. A manufacturer may test ingredients for gluten by sending ingredient samples to a testing company or by using test kits to test ingredient samples on site at their facility. Test kits would first undergo method validation for the testing situation in which they are to be used (Ref. 17). We assume that a manufacturer that begins a program of testing the gluten content of an ingredient will start by sending several samples to a lab and obtaining method extension for a test kit for the ingredient. Obtaining a validation for a test kit is a first-year burden only for existing products.

After the first year of testing, we assume the manufacturers would then use test kits to test the ingredient on a regular basis, and may also send one or two samples a year to an outside lab for testing. These are recurring testing burdens. Based on the variety of products under FDA’s jurisdiction that are fermented or hydrolyzed, we estimate that an average of two ingredients per product would be tested in this manner. Most foods affected by this rule are those that contain a single fermented or hydrolyzed ingredient. As explained earlier, adequate assurance that these fermented or hydrolyzed ingredient(s) were gluten-free before that supplier performed hydrolysis or fermentation can include test results, CoAs, or other appropriate verification documentation for each of the ingredients. Other products contain multiple ingredients that would be tested before fermentation or hydrolysis.

Read the FDA ruling in its entirety.

To learn how Emport LLC can help your company be compliant with these new rules, call us at 412-447-1888 or email us today.

Monitor your workplace for SARS-CoV-2 Coronavirus with Emport LLC

Fish vs fish: How AlerTox can help detect fish allergen in your facility.