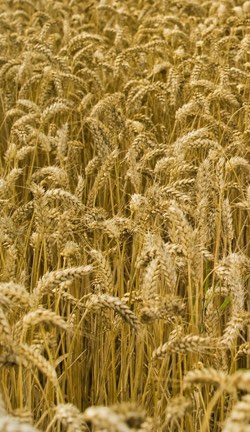 A significant proportion of the world’s population has adverse reactions to wheat proteins. Celiac Disease and wheat allergies have been studied for decades, and their characteristics are well-enough understood that the disorders can be diagnosed and a treatment plan implemented.

A major obstacle in treating non-celiac wheat sensitivity (NCWS) has been diagnosing the disorder, which requires defining its parameters. Symptoms appear to be related to both celiac disease and wheat allergy. However, the defining characteristic of celiac disease, measureable intestinal inflammation, is absent in NCWS.

In a recent paper, a team has assembled data that will assist in defining NCWS, and hopefully provide an avenue for developing a treatment that is specific to the effects and symptoms associated with this disorder.

Also of note is the name of the disorder as it is written in this paper: Non celiac WHEAT sensitivity. Many studies have been done on non celiac gluten sensitivity; the two terms are in fact referring to the same group of patients. Since researchers are unable to rule out the idea that components of wheat other than gluten trigger reactions in people with NCWS, many believe the disorder’s name must change to reflect this. Of course, many researchers also believe that grains other than wheat trigger reactions in people with this disorder — so the name may undergo some changes yet.

The abstract is available here.

Further reading on current thinking in the treatment of NCWS, and how this new research is being utilized, can be found in this excellent paper, which also addresses the changing labels used for this population.

Monitor your workplace for SARS-CoV-2 Coronavirus with Emport LLC

Fish vs fish: How AlerTox can help detect fish allergen in your facility.